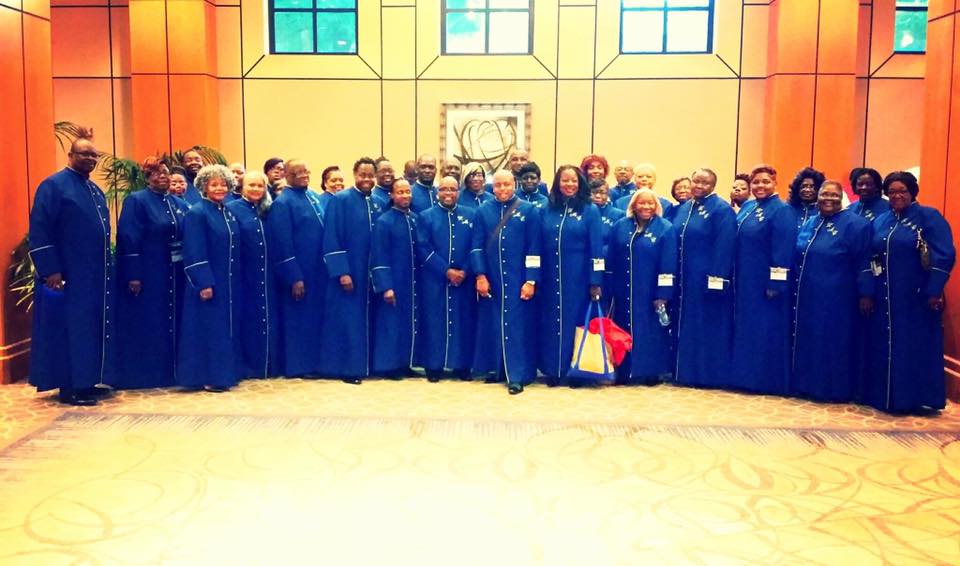 For 40 years, the Houston Chapter of the Gospel Music Workshop of America has been inspired to promote and preserve gospel music, its traditions, and its rich heritage.

Shortly after organizing the parent organization in 1967, the brilliant Rev. James Cleveland, along with Thurston Frazier, traveled to Houston and met with two of the gospel music giants in the city at that time, namely Willie Thornton and Jesse Williams.  That very historical meeting resulted in the eventual organization of the Houston Chapter of the Gospel Music Workshop of America.  The late Rev. W. Leo Daniels was appointed the first Texas State Representative.

In 1971, a small delegation from the newly formed Houston Chapter, along with the Southeast Inspirational Youth Choir, attended the National Convention in Dallas, TX.

In 1974, the Chapter recorded its first album, “Beautiful Zion” with the late Rev. Isaac Douglas.  The title cut, “Beautiful Zion”, was a smash hit and received an enormous amount of airplay all across the country.

In August, 1982, the Houston Chapter hosted the GMWA National Convention in Houston, Tx.  The 1982 convention, which was attended by over 20,000 delegates from all over the United States and internationally, has long been considered one of the best GMWA conventions.  The ever-popular gospel favorites “For God So Loved the World” written by Lanny Wolfe and “He’ll Never Let You Down” by Reverend Daryl Coley were both performed and recorded in Houston by the 1982 GMWA Mass Choir.

The GMWA National Convention returned to Houston in 1996 for the convention’s Annual Board Meeting.  The attendance at the 1996 Board Meeting was the largest in GMWA history.  Over 20 choirs and groups sang to a capacity filled ballroom each night during the 4 day meeting.  The Houston Chapter received many accolades for its hospitality and professional organizational presentation

Among the Chapter’s most recent proud moments in history were the opportunity to host Dorothy Norwood in concert in 2000 and the honor of being introduced by gospel favorite Kirk Franklin at the National Convention in Detroit, August 2002.

In 2005, the Houston Mass Choir recorded with one of its own, a young, brilliant songwriter, in the person of Damian Price.  The title cut, “God Meant it For My Good”, was lead by the anointed voice of Wilma Jean Bivens, a long time member of the Chapter.  The song became a personal testimony to many and on any given Sunday morning, it can be heard sung by many church choirs across the country.

The GMWA National Convention, which convenes the second week in August every year is the highlight of our fiscal year.  Held in a different city every year, chapters from across the country and internationally convene for a week of spiritual renewal, educational opportunities provided by an impressive curriculum of classes, fellowship, and ministry enrichment.

The Houston Chapter is well represented in many areas on the GMWA National level.  Such representation includes:

Juanita Suggs - Executive Board Member of the Women of Worship, GMWA Queen Emeritus

Among the activities sponsored each year by the GMWA Women’s Division at the convention, is the crowning of Ms. GMWA.  Elsie Branch, long time member of the Houston Chapter, and sister of the infamous twins, Lenora and Elnora, was crowned the first Ms. GMWA. We proudly acknowledge that for the last 15 years, Ms. GMWA has hailed from the Houston Chapter.  The crown has been worn in succession by the following members of the Chapter:  Barbara (Ms. Bam) McCloud (1984-1986), Diane Walker (1994), Juanita Suggs (1995-2005), Nedra Washington (2005), Beverly Douglas (2006), and the reining Ms. GMWA 2007, Minnie Jefferson.  We are equally proud of the fact that each year the Houston Chapter is one of the few Chapters that consistently has presenters of original music in every musical area of the  Performance and Recording Division of GMWA.

The Houston Chapter, which meets on the first Saturday of each month, maintains an open door policy for membership.  We invite you to join us and be enriched by a spirit-inspired fellowship of anointed musicians, directors, songwriters, composers, singers, and gospel enthusiasts from around the city and surrounding areas.